Why should UAE banks benefit from higher interest rates? 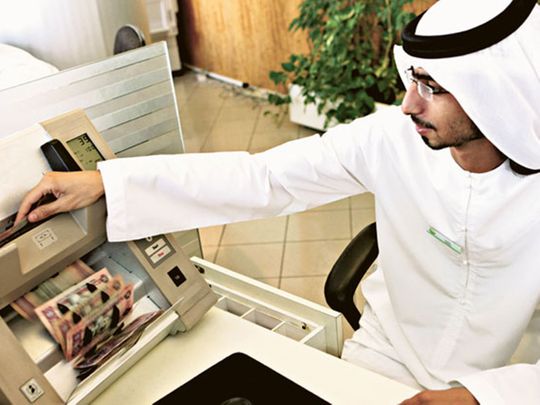 “GCC banks are one of the biggest beneficiaries of rising rates within the emerging market banking space, having access to a large base of non-interest bearing deposits, while loan portfolios are mostly variable rate,” said Ehsan Khoman, head of emerging markets. Research (EMEA), MUFG.

While UAE banks are expected to benefit from the large share of variable rate loans, Saudi banks are expected to gain big due to their higher proportion of non-interest bearing deposits (Islamic deposits) and current accounts and savings (CASA) which incur marginal or zero interest charges. These types of deposits account for around 65% of total Saudi bank deposits, compared to a GCC average of 45% and an emerging market average of around 35%.

According to MUFG estimates, Saudi banks could see an NIM expansion of around 10 basis points (bps) on average on the back of a 50 bps SIBOR [Saudi Interbank offered rate] increase, which should increase revenues by 5 percent on average. Fed officials hinted at 3-4 rate hikes this year. According to ratings agency Standard & Poor’s, on average, a 100 basis point (bp) increase in rates would result in a 14% increase in earnings and a 1% increase in capital.

Lower interest rates had reduced the overall margins and profitability of GCC banks. UAE banks were hit hard at the onset of the rate cuts, as lower rates passed through almost immediately to floating rate loan yields, while repricing of matching deposits and other sources of funding has been delayed. Since the second quarter of last year, banks have reported modest but steady improvement in margins. In Q3 2021, Net Interest Margin (NIM) increased by around 10bps QoQ to 2.15% with higher yields on loans (+24bps QoQ) .

Analysts see margins improving across the board for GCC banks.

“Margins have stabilized for the time being and the cost of risk is down compared to last year. We expect the cost of risk to normalize over the next two years and margins to benefit from the expected rise in interest rates. Bank efficiency continues to support profitability, helped by low labor costs and limited taxation,” said Mohamed Damak, Senior Director, Global Head of Islamic Finance at Standard & Poor’s.

Analysts say loan growth is one aspect that could have potential negative implications in the event of higher interest rates. However, Damak and Khoman foresee increased government spending driven by high oil prices to offset this.