The government considers investments by insurance companies in infrastructure 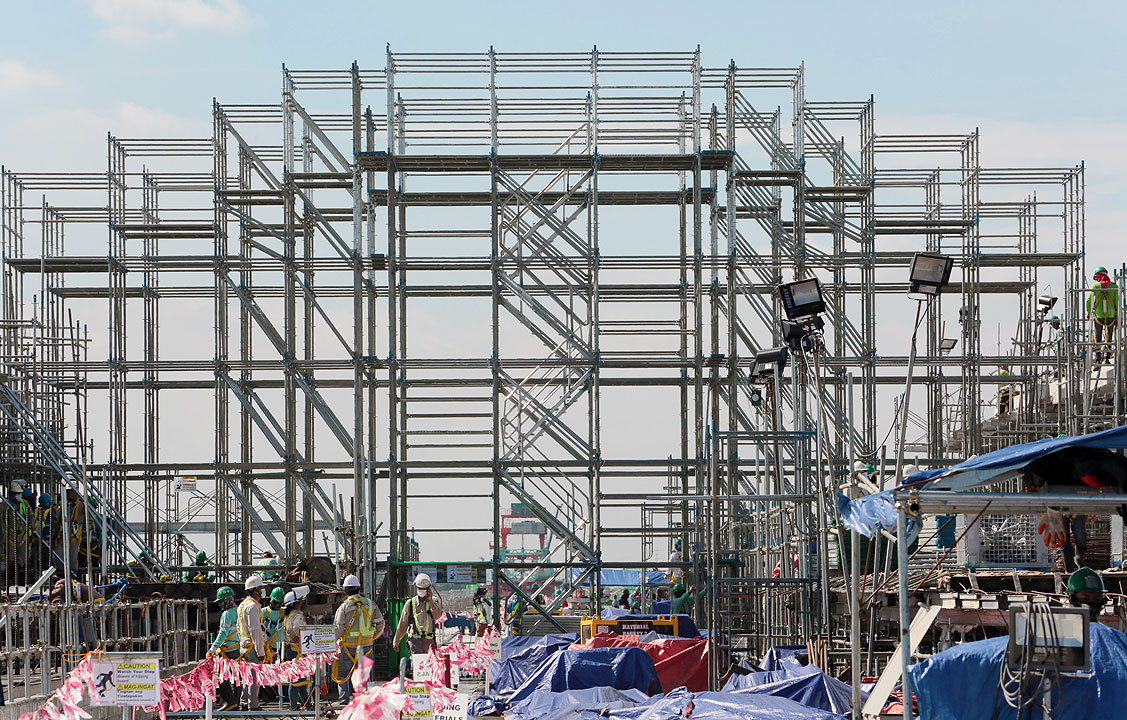 The MARCOS administration is considering investments from public and private insurance companies to support its ambitious infrastructure program amid a fiscal crisis, the country’s finance chief has said.

Finance Secretary Benjamin E. Diokno said the government needs to increase infrastructure spending over the next 20 years, especially in the energy and transportation sectors, as the Philippines continues to lag in South East Asia.

“We will maximize the use of long-term money for quality infrastructure…for example, [if] the return on the infrastructure would be 20% and [insurance companies] will pay at least 12% – against an investment that returns only 5-6% – it’s a win-win situation,” he told reporters at an event at Bangko Sentral ng Pilipinas (BSP) on Friday. .

“Public sector or private sector, we will look at that. What is important is the safety of our members’ money and the return on those investments,” GSIS President and CEO Jose Arnulfo A. Veloso previously said. “We want to increase our funds while helping the country.”

Besides GSIS, Diokno said the administration is also looking to attract the Philippine Health Insurance Corp., the Home Development Mutual Fund (Pag-IBIG Fund) and the Social Security System to invest in infrastructure projects.

“We will not mandate. But we will give them the choice. It’s up to the individual councils to make a decision,” Mr. Diokno said.

In 2018, the Insurance Commission (CI) published Circular Letter No. 2018-74 which sets guidelines for insurance and reinsurance companies “to invest in debt and/or equity securities for projects infrastructure under the Philippine Development Plan” to help them. “comply with the minimum net worth requirement” set by the regulator.

The circular states that insurers are required to submit financial statements for infrastructure projects so that the IC can determine the impact of risk on the insurer’s capital.

“We will settle this. There is a bill pending in Congress right now,” Diokno said, referring to Senate Bill 1787 and Senate Bill 425, both of which seek to revamp the CI.

“I think the composition of the commission will be expanded. Because right now it looks like it’s not a commission. It will be placed under the central bank or [will get] closer monitoring. Perhaps its mandate will also be changed,” he added.

The Marcos administration aims for infrastructure spending to reach 5-6% of gross domestic product (GDP) by 2028.

“But the government needs to temper this appetite to take out more loans with higher interest rates given our limited fiscal space and real debt which is growing faster to 13 trillion pesos,” he said. added in an email.

Outstanding government debt reached a record 12.89 trillion pula at the end of July. It is expected to reach 13.43 trillion pesos by the end of the year.

“The IC has been very responsive in allowing its regulated entities to diversify their portfolio, which now includes instruments denominated in foreign currencies, and without restriction, whether debt securities or equity,” said declared Mr. Ridon.

“As such, there should be no impediment to financing infrastructure projects within the current regulatory environment for insurance companies, or through other modes of financing.”

INFRASTRUCTURE SPENDING
In the first half of the year, spending on infrastructure and investment reached 477.9 billion pesos, up 12% from the 426.7 billion pesos spent in the same period last year, according to recent data. of the Department of Budget and Management.

This was attributed to payments made for completed and partially completed Department of Public Works and Highways (DPWH) infrastructure projects, settlement of accounts payable for the purchase of agricultural equipment and machinery under the Fund improvement of the competitiveness of rice and the Basic Program of the Department of Education educational institutions (BEF) and the implementation of investment projects under the modernization program of the revised Armed Forces of the Philippines ( RAFPMP).

Despite the increase, the six-month figure is lower than the 529.3 billion peso program due to the election ban on some government spending and public works.

ID CARD
Meanwhile, Diokno said ID cards for insurance memberships such as GSIS and SSS will eventually be integrated into the national ID system as part of the government’s digitization initiatives.

“National ID will be required for everyone, and maybe there will only be three pieces of ID in the end – your national ID, driving license and passport. So [the national ID] will be your primary ID, voter ID, SSS, etc. said Mr. Diokno in a mixture of Filipino and English.

It also plans to couple the national identity card with the use of artificial intelligence to collect and disseminate data on a person’s income liabilities with the aim of reducing leaks and redundancies, especially with the distribution of cash grants and tax identification numbers respectively.

However, Mr. Diokno criticized the Philippine Postal Corp. (Philpost) for its inefficiency in distributing the national identity card.

“They (Philpost) are slow. It’s funny how the delivery cost is more expensive than the printing cost per ID. We print it at BSP… It shouldn’t be like this. For efficiency, you just need to pick it up where you signed up,” Diokno said.

“I don’t know why the Philippine Statistics Authority still entered into a contract with Philpost.” — with Keisha B. Ta-asan