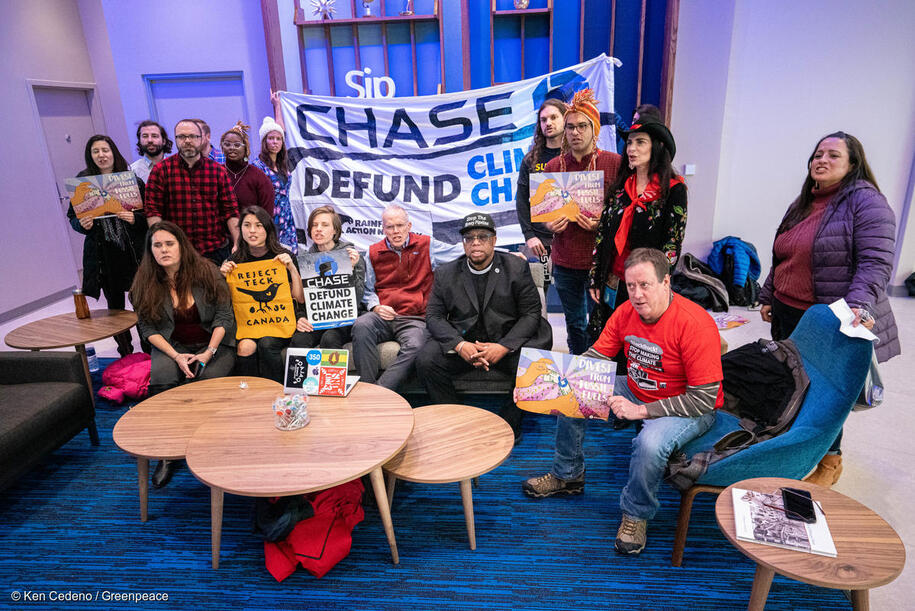 SACRAMENTO — The Third Act “Banking On Our Future” campaign will stage a street protest Monday, Sept. 12 from 11 a.m. to 1 p.m. against the fossil fuel lending practices of three banks: JP Morgan Chase, Bank of America and Wells Fargo. Activists will meet at 1590 West El Camino Ave., at the corner of Truxel Rd. and West El Camino Ave.

“Chase is the world’s worst fossil fuel banker out of the 60 financial institutions studied by the 2021 Rainforest Action Network report, followed by Citigroup, Wells Fargo and Bank of America having lent over the past five years $316 billion, $237 billion dollars. , $223 billion and $198 billion respectively,” Sahba said. “Our group and the National ThirdAct.org are made up of concerned seniors who are committed to using our energy and resources to fight to stabilize our climate and our democracy.”

“Thanks to our efforts, tens of thousands of Americans have so far pledged to divest from these banks if they do not plan to divest from fossil fuel companies by the end of this year! In the interest of a livable future for all species on Earth, we will take these nonviolent actions to stop these biggest funders of climate destruction – the fossil fuel corporations. We encourage all who care about the future of their grandchildren and this beautiful world to consider taking the pledge on Thirdact.org and joining our cause,” Sahba concluded.

Since the signing of the Paris climate accords, Chase, Citi, Wells Fargo and Bank of America have lent a trillion dollars to the fossil fuel industry.

Every million dollars reinvested from fossil fuels into green energy results in a net increase of five jobs, often unionized jobs at solar and wind farms, according to the Political Economy Research Institute at the University of Massachusetts.

The International Energy Agency said last year that if we were to meet the Paris climate target limit of 1.5 degrees “there cannot be new investment in oil, gas and coal, from now – from this year”.