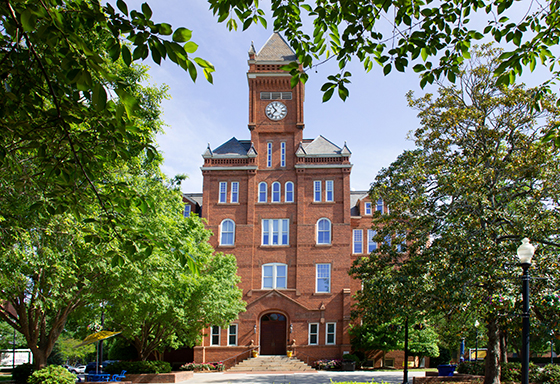 A $ 250 million initiative to promote racial equity by investing in Charlotte’s historically neglected communities of color.

â€œThe problems we face as a community are bigger, bigger and deeper than what an organization can solve on its own,â€ said Mayor Vi Lyles. â€œWe need a significant commitment and investment from the private sector to complement and expand the work being done by the public sector, community and local organizations. The vision of this effort is to establish a public-private partnership to achieve racial equity, social justice, economic opportunity and upward mobility. ”

The fundraising goal includes $ 80 million from the City of Charlotte and other public sources, $ 97 million in private philanthropy, and $ 19 million in low-yielding debt and equity for investments in six corridors of opportunity. Two Charlotte-based organizations – Duke Endowment and Bank of America – have pledged $ 40 million and $ 10 million respectively to the JCSU workflow.

â€œEducation is a gateway to a better life,â€ said Kieth Cockrell, president of Bank of America Charlotte, who has made a five-year commitment to racial equality programs and economic opportunities in communities across the country. ‘he serves. â€œOur long-term relationship with JCSU laid the groundwork for this critical moment – a collective partnership between the public and private sectors working to remove existing barriers by providing unique opportunities for JCSU students. Together, we will develop a strong pipeline of the next generation of leaders in our region and beyond. “

The Carolinas Foundation is leading the fundraiser, and the money raised will be kept in a Foundation fund. Execution of work plans and communication of initiative progress will be hosted at the Charlotte Regional Business Alliance.

â€œWhen our founder created the Duke Endowment in 1924, he named Johnson C. Smith University as one of four schools in North Carolina and South Carolina that he wanted his philanthropy to support,â€ said Minor Shaw, Chairman of the Board of Directors of Duke Endowment. . â€œJohnson C. Smith has gone through many exciting changes over the next nearly 100 years, and The Duke Endowment is honored to have been a partner throughout the process. Our partnership continues today as we proudly support these essential efforts to advance racial equity, diversity and inclusion for all. ”

Other private sector contributors announced include:

The City of Charlotte contributed $ 72 million and the Charlotte Mecklenburg Library an additional $ 8 million.

The initiative follows Lyles’ 2020 call for Charlotte business leaders to respond to a national conversation about the history of racial inequality in the United States sparked by the murder of George Floyd by the Minneapolis police officer. Minnesota Derrick Chauvin. The Charlotte Executive Leadership Council has formed a team led by EY (former Ernst & Young) Charlotte, Managing Partner Malcomb Coley and Janet LaBar, President and CEO of the Charlotte Regional Business Alliance.

LaBar and Coley led the four work streams, working with over 90 business and community representatives on initiative development. Coley, the 2022 president of CLT Alliance, and CELC president, Mike Lamach, will co-chair two supervisory boards that will review credentials and authorize the distribution of funds for each workflow.

â€œThe partnership between the public sector and private industry is crucial in addressing a long history of racial inequities and creating economic opportunities for the black community and other people of color,â€ said Lamach, executive chairman of Trane Technologies . â€œI am proud to see such momentum and generosity from the City of Charlotte and so many leading businesses, organizations and community members.