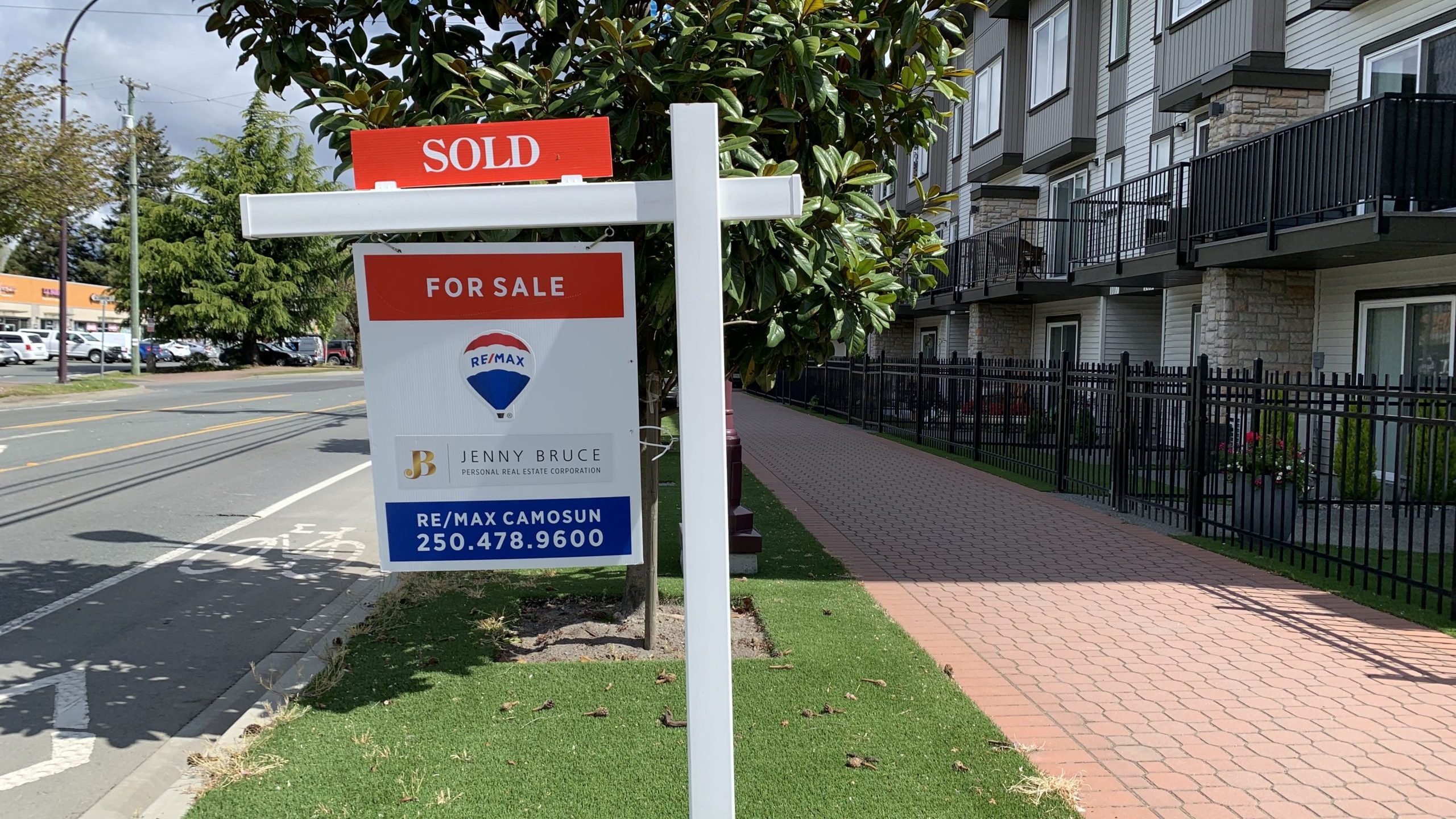 The City of Langford’s recently announced Accessible Home Ownership Program offers a new and innovative way to give potential buyers a “boost and a head start”, but experts say the program will subsidize housing primarily for households with income well above the median.

Those who qualify could benefit greatly. The City will provide grants of $ 5,625 to $ 16,875 for the down payment on certain two-bedroom condominiums. In addition, buyers will benefit from a fixed purchase price of $ 450,000, which is significantly lower than comparable units currently on the market.

However, according to an economist’s calculation, a household would have to earn at least $ 109,517 per year to qualify for the mortgage. This is significantly more than the median household income in Langford, which was $ 80,331 in 2016. That year, nearly two-thirds of Langford households earned less than $ 100,000.

“It’s not that it’s not beneficial, but you have to think about the opportunity cost of this program,” says Leo Spalteholz, real estate agent and housing expert who manages the House Hunt Victoria website. “Is this the best use of the money? Is this the area with the greatest housing needs? “

To be eligible for the program, applicants must have an annual gross family income of $ 125,000 or less, a minimum of two people in the household and cannot currently own any real estate. Applicants must have lived in Langford within the past two years and the value of their family assets cannot exceed $ 50,000. They also cannot access down payment assistance from family, friends or other sources.

But applicants must also qualify for a $ 450,000 pre-mortgage approval – which Keith Yacucha, an economics instructor at Camosun College, says is likely only possible for those who earn more than $ 109,517 in a year. .

Yacucha has also worked in the banking industry specializing in mortgages, investments, mutual funds and more. When he started looking at Langford’s accessible housing initiative, he said he realized it may not be achievable for many people.

In addition to all the other stipulations, “you potentially end up in a very small income bracket,” Yacucha says.

Related Story: Towards an Affordable and Livable West Shore

Where does the money come from?

Langford’s accessible housing program is funded by the city’s Affordable Housing Reserve Fund, which was established in 2012. Developers must either make a contribution of $ 1,000 to the fund for each single-family unit created by the rezoning. , or build a new affordable home for every 15 single-family lots created per subdivision, according to the city’s website.

Since this option was introduced, all developers have chosen to contribute to the fund rather than building affordable housing. The fund now holds around $ 3 million, according to information provided at a recent board meeting.

Money from the fund is being used “strategically to provide grants for new nonprofit housing projects in the city,” the Langford website says. While the website is not clear on which housing projects the fund has supported to date, a 2019 Goldstream News Gazette article quotes Mayor Stew Young using examples such as “the 73 unit apartment on the 600 block of Goldstream Avenue, the 100 – an apartment building at 731 Station Avenue and the development of 132 units at 713 and 715 Treanor Avenue. as developments that have received money from the fund.

The Discourse has contacted the City of Langford on several occasions for an interview or an email statement to answer several questions regarding the Affordable Housing and Accessible Housing Program and has yet to receive an interview or responses to many questions.

What happened to the Affordable Housing Program?

Before developers had the opportunity to contribute to the Affordable Housing Reserve Fund, construction of new affordable housing was mandatory in some new developments.

Langford launched its Affordable Housing Program in 2004. Developers building a new single-family home subdivision are expected to provide an affordable home – with a maximum sale price of $ 165,000 – out of 10 new homes built. This was then changed to one house for every 15 houses built as house prices increased.

To be eligible for the Affordable Housing Program, applicants need a maximum family income of $ 60,000, with at least two people living in the household. In 2006, the median household income in Langford was $ 64,199, according to the city’s website, meaning that this affordable housing program targeted people with incomes below the median income at the time.

The program won an award from the Canada Mortgage and Housing Commission in 2008 for its use of “inclusionary zoning,” a zoning policy that encourages the construction of affordable housing. But that has changed a lot since then.

The biggest change to the program came in 2012, when Langford introduced the option of contributing to the Affordable Housing Reserve Fund instead. This immediately put an end to the addition of new units in the affordable housing program, since the required contribution to the fund was far less than the cost to developers of creating new affordable housing.

A 2016 report from the CMHC national office states that “since this program is now not capable of directly producing affordable housing, it can no longer be considered an inclusive housing program,” the very thing that Langford has argued for. won an award in 2008.

The city continues to maintain the program with the houses and units added before the change. The park includes 39 single-family homes and eight condo units. A report from the Goldstream News Gazette from 2019 indicates that Langford processes about one or two resales of homes in the program per year and receives about five applicants per year. There were 21 families on the waiting list in 2019.

Why abandon support for low-income households?

While the Affordable Housing Program supported households with incomes below the median income in Langford, the new accessible housing program is most likely to help residents earn almost $ 125,000, which is much more than income. median household of $ 80,331.

At a council meeting on Oct. 18, Mayor Stew Young championed the new program, saying it would help more families enter the low-cost housing market by subsidizing condominiums instead of houses.

Young said that with the housing costs rising sharply over the years, the $ 3 million in the fund could only subsidize “maybe 30 to 40 homes” compared to 250 condos with the Home Ownership Program. accessible.

Related Story: “Making Room for Everyone”: Why Density Could Be Key to Quality of Life in Langford

“I think we have to innovate at Langford when we do this stuff because the old ways aren’t working right now,” Young said at the meeting.

“They can say ‘we’ve helped 250 families rather than spending $ 3 million and helping a lot less,’” says Spalteholz.

Comments from staff and Mayor Young at the Oct. 18 meeting suggest the city is ready to invest the entire affordable housing reserve fund behind its accessible home ownership program. The city did not respond to questions from The Discourse about its intention to support families beyond those who qualify for this program.

If there is nothing else to offer to those who need it most, “from an equity point of view it becomes quite problematic,” says Spalteholz. “But I think in terms of dollars per family helped, it will be hard to beat that.”

Who is left out?

He defines core housing need as spending more than 30% of his income on housing or living in substandard housing – that is, housing that is overcrowded, unsafe or otherwise inadequate.

People living in extremely basic housing spend more than half of their income on housing costs.

Additionally, the report states that there are 34 households on BC Housing’s waiting list looking for below-market housing in Langford in 2020.

“If the affordable housing fund is to be spent anywhere, wouldn’t it be better to spend it on those who need it most right now and are really struggling, you know, spending 50% of it? their income for housing? Spalteholz asks. “And, you know, is there a way to design a program to meet that need?” “

Will the program make a dent in the housing crisis?

Yachuca says the program should be part of a larger plan in Langford to create more housing supply in order to really make a difference, across the housing spectrum.

“All we’re building is either more condos or more luxury homes and there seems to be that missing link, which a lot of families are looking for,” Yachuca said.

The “missing link” refers to housing options that fall between single-family homes and condominiums, such as townhouses and buildings with two to four units.

Spalteholz, too, says this program alone is unlikely to “move the needle” on the housing crisis.

“As a driver it’s great, you know we’ll see how it goes,” said Spalteholz. “If this was the main program… I would be concerned about whether this is really where most of the affordable housing funds should be spent? ”