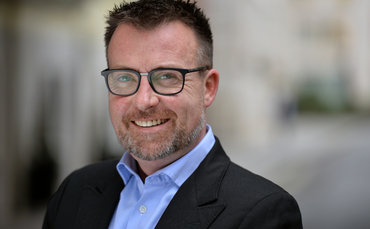 Managing Director John Ions said the company generated net inflows of Â£ 1.1bn in the last quarter to bring the total to Â£ 2.1bn since the start of the fiscal year on April 1 2021.

â€œClients demanding a more sustainable outcome from their investments continue to drive significant flows into our funds for a sustainable future,â€ said Ions.

â€œThe quality and integrity of the sustainable investment team, built on a 20-year history of successful investments, has allowed them to clearly differentiate themselves at a time of many new fund launches.

As of September 30, assets under management in its sustainable investment process stood at Â£ 13.2bn, of which Â£ 12.2bn in UK retail.

Liontrust’s ‘Economic Advantage’ investment process had assets under management of Â£ 10.1 billion at the end of the period.

Peel Hunt analysts Stuart Duncan and Robert Sage said in a memo they were upholding their “hold” recommendation for Liontrust, after the asset manager “confirmed the continued strong growth trends, AUMs rising 15% to Â£ 35.7 billion “.

They added: â€œThis is slightly above our expectations, although more driven by market movements than flows. “

Duncan and Sage said assets under management related to sustainable investments grew 29% in the first half of 2022, although the 11% growth in the second quarter was lower than the 16% level in the first quarter. Global equities and the economic advantage rose 15 percentage points, the note added.

Interview with the winner of the Fund Manager of the Year: John Ions, CEO of Liontrust

Liontrust also announced the appointment of Rebecca Shelley as the new non-executive director, joining the board on November 1.

From 2012 to 2016, she was the Tesco Group Communications Director and most recently spent three years at TP ICAP as the Group Corporate Affairs Director and member of their Global Executive Committee.

â€œRebecca has extensive experience in financial services and listed companies as a non-executive director. Rebecca will be a valuable addition to the board, â€added Ions.