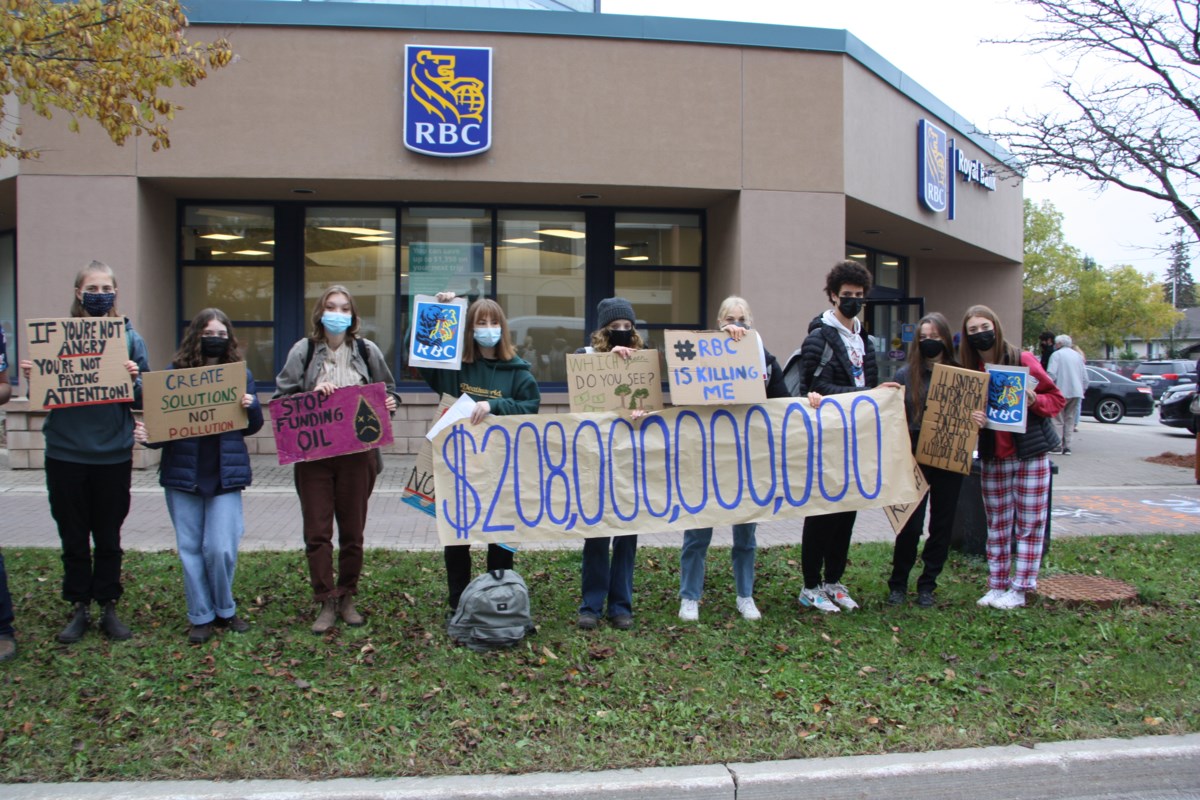 A group of high school students, joined by adult supporters, protested outside a bank in Collingwood today to draw attention to “fossil finance” and its impact on climate change.

During the lunch break, students marched to the local RBC branch with slogans written on recycled cardboard posters calling for an end to investments in the oil and fossil fuel industry.

“People should know what they are investing in,” Lewin said. “They’re funding oil and investing in a pipeline going through native lands, they shouldn’t be doing that.”

The report states that RBC has invested $ 160 billion in “fossil finance” since 2016 and the Paris climate agreement, which declined between 2016 and 2020. These investment dollars make RBC the world’s fifth largest fossil fuel bank.

RBC has answered questions about its fossil financing in the past and has publicly declared that he is committed zero net emissions in loans by 2050 and $ 500 billion in “sustainable finance” by 2025.

RBC works with TransCanada Corp. to sell stakes in the Coastal GasLink pipeline project, which has been the subject of massive protests as it passes through Wet’suwet’en territory.

Findlay Nischan, a grade 10 CCI student who took part in the October 29 day of action, said she hoped those who saw today’s protest will be prompted to pause and think to their banking choices.

“Think about it, if RBC is doing this, everyone is doing it,” she said. “Maybe you should question that and ask ‘do I want to support this?'”

Grade 12 student Katie McIntosh said she came to the protest for the sake of her own future and the future of the environment.

“I want a future and I want the environment to stay alive,” McIntosh said. “We suggest people call their bank and say the bank has to stop funding these projects or they will change banks.”

“The more people who know about it and call their banks, the more likely it is that this will change,” Lewin added.

The students were joined by adult supporters, teachers and members of Collingwood’s climate action team.