Assessing the value of private equity investments at an early stage 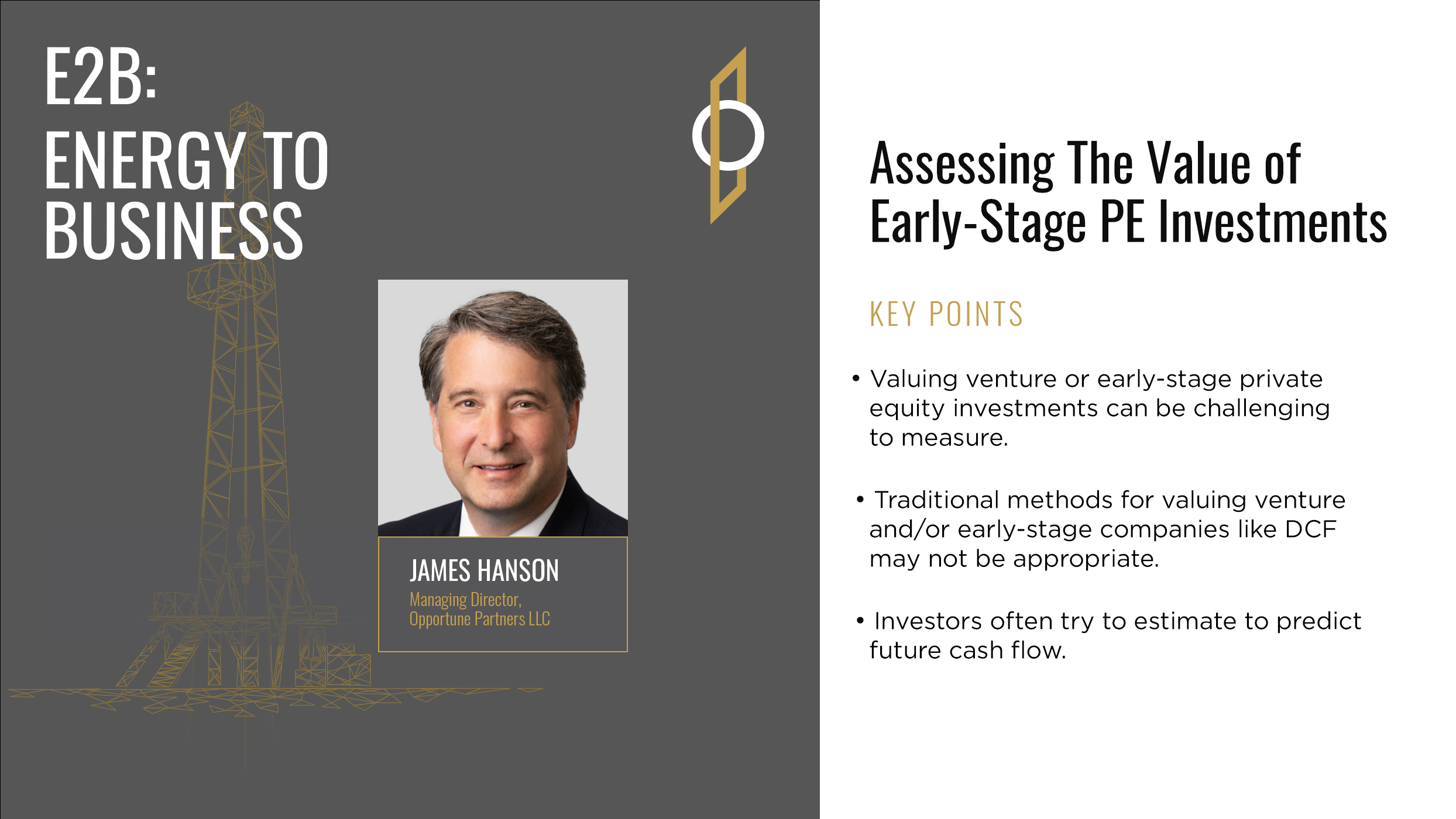 Evaluating venture capital or private equity investments at an early stage can be difficult because they usually do not yet have income or cash flow. As such, applying traditional valuation methodologies such as taking discounted cash flow (DCF) into account may not be appropriate for new technologies and start-up investments.

In this episode of E2B: Energy to Business, a Timely podcast, Voice of B2B, Daniel Litwin spoke with James hanson, general manager with Timely Partners LLC, an independent investment banking and financial advisory subsidiary of Opportune LLP. They broke down the strategies for maneuvering seed investments in young companies, in particular around private equity investments in the energy sector.

Hanson has over 30 years of experience in commercial and investment banking. He focused on traditional investment banking for the first half of his career, such as commercial loans. Over the past 15 years, he has devoted his time to fairness opinions, solvency opinions and valuations. Over the past decade, it has often seen the question of valuation of investments arise at an early stage.

â€œWhen we think of early stage investing and venture capital investing, it sort of revolves around two aspects,â€ says Hanson. â€œThe first would be new technologies. The second is part of the financing of projects.

As Hanson explains, valuing an investment or technology at an early stage is difficult terrain to predict because they often rarely have good comparables and have not yet produced cash flow or income. important. Financially, a new technology can be very different from another, which makes comparisons difficult. So which valuation methodologies are most effective for these early stage investments? According to Hanson, a pragmatic method for valuing these types of businesses and / or technologies is the â€œCost Approachâ€.

“This [the cost-based approach] ends up becoming less of a spreadsheet exercise and more of a due diligence exercise, â€says Hanson. â€œSo what we’ll do is usually talk to the management teams, talk to the people who work on the products, and dig in to try and see what work has been done, what work needs to be done, what the plan is. is, where did you think it was before you started etc.? It is on a case-by-case basis. “

Listen to learn more about the valuations of private equity investments in the energy sector.